Safety equipment comes in many forms. There’s a lot of safety equipment and technology that comes with your car like seat belts and air bags. However, have you considered how Australian speed radar detectors can make your drive safer?

Keeping a portable radar/laser detector on your windshield can greatly improve your safety by keeping your speed in check. Driving at a safe speeds reduces your chances of getting into an accident. 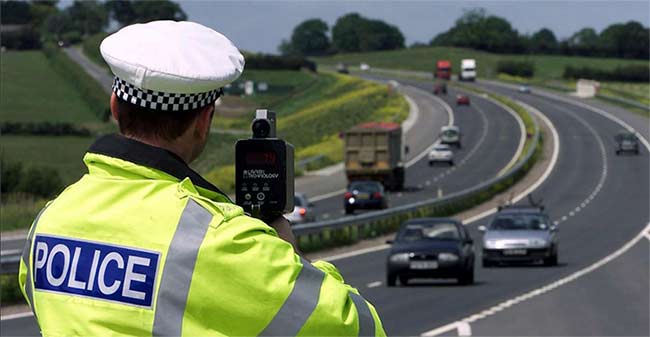 If you’re in the market for a radar/laser detector, it’s important to know how radar detection and laser detection work. All three of these methods are popular with law enforcement across Australia and New Zealand because of their speed and accuracy.

Radar, the traditional method of speed detection, is an amalgamation for “radio detection and ranging”. It uses radio waves to measure the speed of a vehicle. A radar gun transmits an electromagnetic wave which bounces off of a vehicle. That signal is received by the radar gun and it reads how fast the vehicle was going.

A similar process is used with lasers called LIDAR (light detection and ranging). This uses a laser speed gun which uses concentrated light rather than a radio wave. It sends out a burst of infrared light and measures how long it takes to bounce off of a car and reach the gun multiplied by the speed of light. By doing this process multiple times, it can read that data tell how fast the vehicle is moving. LIDAR is popular with speed cameras.

So do you need a radar detector or a laser detector?

The correct answer is both! Don’t worry, this doesn’t mean you need to go out and buy two different devices. Many modern radar detectors are also laser detectors. It’s important to have both because both methods are common with law enforcement in Australia and New Zealand.

RadarsOnline offers some of the latest Australian speed radar detectors on the market. Getting the best radar/laser detector for you can help you keep your speed at a safe level. Let’s take a look at some of the most advanced, most popular radar detectors available.

The Escort Redline EX is a serious piece of safety equipment. This portable radar/laser detector has several features that make it great at what it does.

This radar/laser detector will alert you of radar or LIDAR long before you see the source whether it’s a police officer or a speed camera. Not only is it accurate, but it has a very long range of detection. This is thanks to dual antennas which double its range.

Although it’s an advanced, high-tech device, the Escort Redline EX has a very user-friendly interface. It has an easy to read screen that tells you what it’s detecting and a few buttons to control the device. It’s very easy to read while driving.

It has a magnesium chassis which serves multiple benefits. It’s lightweight and durable in case it ever gets dropped. It’s not likely to get dropped thanks to the dual suction cup mounting system. Magnesium also makes it immune to radar detector detectors (RDD).

The Escort Redline Ex is an outstanding radar/laser detector at a great value. If you’re looking for a nice, well-rounded detector that won’t break the bank, you can’t do much better than this Escort.

If you’re looking for something a little more advanced, we recommend the Escort Max 360. This is the only portable radar/laser detector available with MultaRadar which adds to its versatility and overall performance. 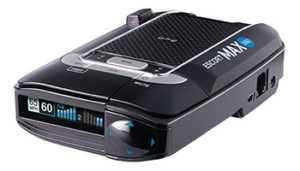 The Escort Max 360 is a very active piece of safety gear. It monitors your speed with GPS and displays it on a bright, multi-color OLED screen. On top of displaying your speed, it has an over speed alert feature to tell you to slow down. Having an extra speedometer on a color display is a great way to keep an eye on your speed and keep it at a safe level.

Another purpose served by the GPS inside the Escort Max 360 is identifying false alerts. It knows when it’s passing something like an automatic door or a service station and won’t annoy you with an unnecessary alert.

The Escort Max 360 is packed with sophisticated software. This includes a database of Australian fixed speed cameras and red light cameras. This software is updatable so you always have the latest information to keep you safe.

While these Australian speed radar detectors offer easy installation on any vehicle, we recommend getting them professionally installed if you’re not confident installing it yourself.

No matter which radar/laser detector model you go with, it’s important to get one in your vehicle. The technology they offer makes a nice addition to your car and the protection they provide is invaluable.